Fishing for Sailfish in the Fort Lauderdale area in August as been pretty good for us. On most of our trips, our customers have had a chance of catching one of the most gorgeous fish that swim in our South Florida waters. And to make it even better, most of the time, it was the kids in the charter who were landing the sailfish.

On one trip I remember we had 2 kids with their dad and the fishing was very slow. But in just a few moments, the trip improved with one of the kids catching a sailfish and the other a kingfish. But kids will be kids and the one who caught the kingfish was jealous of his brother's sailfish. I told the boy the trip is not over and we still have a chance of catching another one. About 45 minutes later, the young angler had his sailfish. We ended the trip with a sailfish for each of the kids and that made me very happy. 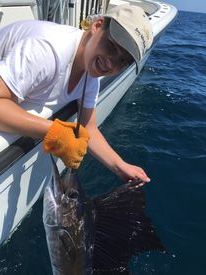 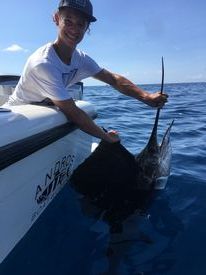 But I can't hide the fact that we've had some tough days. On some trips we wanted to drop baits on the bottom, a wreck or go deep for rose fish or tilefish; but the current was too strong and we had try alternate methods - like focusing on live goggle eyes on the kite or on the flat line. Fishing may not always be easy, but we usually managed to catch something on every trip. Even trips on trips where we get a few bites, if you end up with your first sailfish, it's a good day on the water! 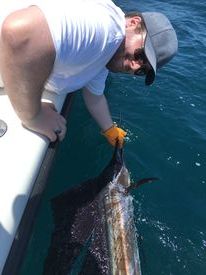 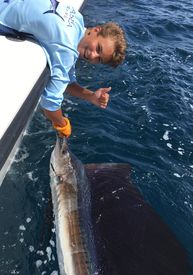 We've also had some kingfish around but not in big numbers. There have been plenty of bonito and they can bend the rod and give you a very good fight on light tackle. 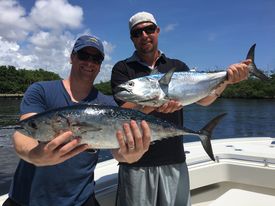 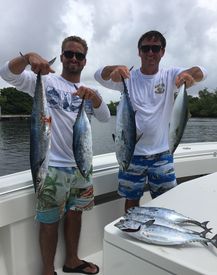 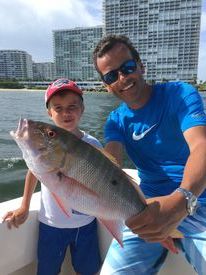 There's been wahoo around and it seems that trolling a planner with strip bait produced the most bites - although we also caught them on live goggle eyes on the kite.

We've had the pleasure of fishing with lots of father and son duos this summer, and on some occasions the mom joined the party as well. Thank you very much to all of you who came fishing with us this summer.

It's getting late in the summer now, but if you like to go fishing in the Bahamas, we do that as well from 1 day trips to multiple days. We had some very successful trips the past couple of months so just keep us in mind for your next summer fishing trip in the Bahamas and will make sure you'll have a trip of a lifetime. 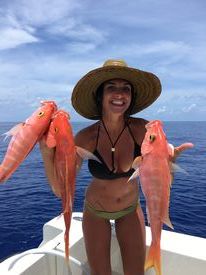 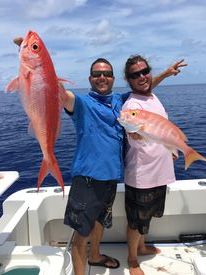 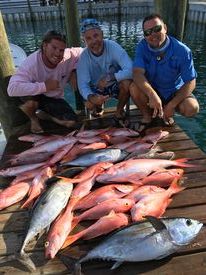 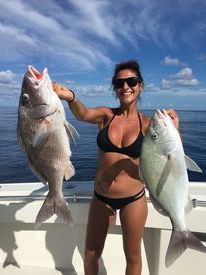 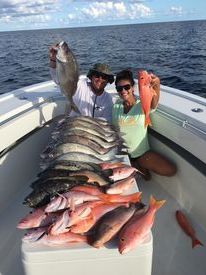 Back to our local fishing, the weather is still good and still some very nice fish remain to be caught!