Lots of Quality and Variety

It's been a long time since my last report. We've been really busy and today is our first couple days off. I'd like to say it's been a great couple months that's for sure, we caught a lots of fish for our customers, and we caught variety of species. We had great customers and enjoyed fishing with all of them. We've made new friends and we also like to thank all our clients who joined us for a fishing charter.

We had many trips with kids and had a blast with them catching big Spanish and cero mackerel in 25' of water and then we moved in deeper water and caught some nice kingfish for dad. If we had blue water and north current, we also had a decent chance of catching a sailfish. 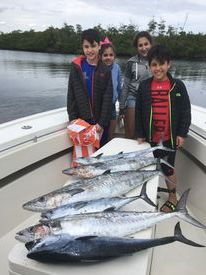 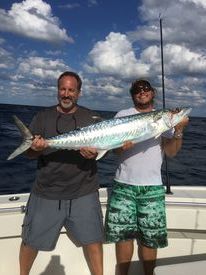 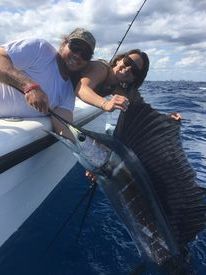 Ian from Alaska was visiting Florida for the first time and joined us for a 6 hours trip. He caught his first hammerhead shark, he also caught his first sailfish, and caught a bunch of big kingfish. 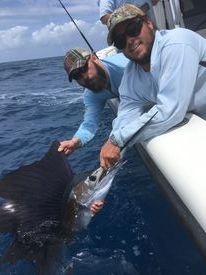 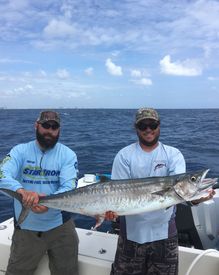 We also had the privilege of fishing with a freshwater champion - Brandon Palaniuk - a seven-time bassmaster qualifier, and two-time bass elite champion. Unfortunately, that day was very slow on the reef. We tried kite fishing and we also try bottom fishing, but nothing was working so Brandon said don't worry Mario I know how fishing goes. My response was, "I'm not worried, we'll find something." We picked up and moved to 500' and found a solid skipjack tuna bite. He ended up catching a dozen of them and told me it was more work than catching a dozen bass. I was all smiles. I was happy to end a slow start with solid action for our champion. 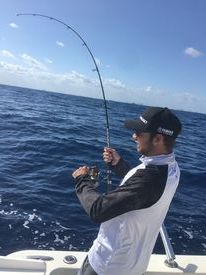 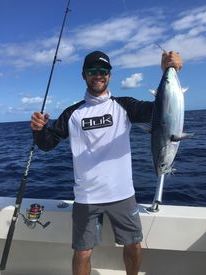 April was a very good month to fish. We caught a variety of everything including nice blackfin tuna, some big kingfish, sailfish, some mahi-mahi and some shark as well. The following couple months are some of the best months to fish in our location. May is my favorite month and for those you who work for a living because we can do late afternoon trips and target the primetime for big blackfin tuna in between 20 to 40 lbs., you also have multiple shots at sailfish and big kingfish in the late afternoon. 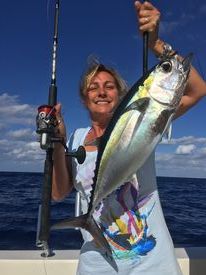 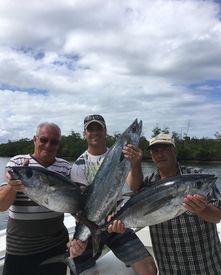 Spring and summer months are also primetime to go to the Bahamas. We made our first trip of the season recently to Bimini and caught a good amount of some good eating fish. Don't hesitate to give us a call if you'd like to go after the late afternoon tuna bite, or for sailfish, kingfish and more. 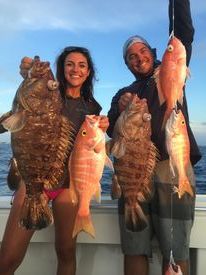 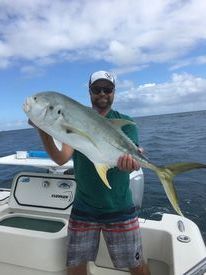