A lot has happened since our last report. Las time, we had what I thought was the last cold front of the season. Since then, it's been very nice, warm and sunny. 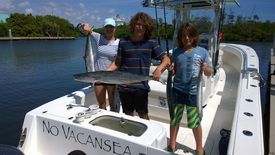 One day, I had a father and son from Atlanta and I decided to go north of Port Everglades, by the Steeple. We put out our spread in 200' with nice water and a north current. The spread included a goggle eye on a flat line, and as I was setting-up the kite, the flat line got hit. Frank asked me what it was, and I said be ready because it's going to take a little bit of time, you have a sailfish! Frank told me he didnt want to catch fish this big. I told him you'll be happy because it's the most beautiful fish that swims in our waters. So after 15 minutes, we had the sail at the boat, took some quick pictures, and Frank released his first sailfish ever. 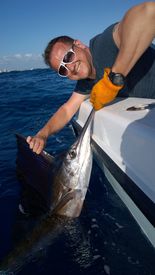 By now I had the kite up with 2 goggle eyes. Once again, another sailfish came and took one of the baits. The battle was on, but this time for Frank's 13-year-old son, Jackson. He took rod and battled the sailfish, but the task was too hard for him by himself, so dad helped out when needed. They got the sailfish to the boat, took some pictures, and released another one. And this fish was also Jackson's first sail. After about a 1.5 hours of fishing, Frank told me it was an "awesome what a great trip!" I love to hear this from customers. I was really happy for them and myself. And I'm sure I made some new saltwater anglers! 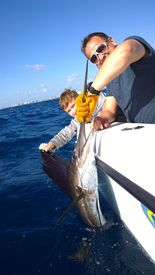 I really enjoy spending time with people on the water. It does not matter if they are good anglers or first time fishers. It's always nice because you never know what your next fish is going to be.

These past 5 days, we fished in Bimini, Bahamas with a very nice group of people: Susie, Joe, Hendrik, Rod, Randy and Jim - from Fort Lauderdale, Michigan, Washington, Texas, Chicago and California. Some were repeat customers and a few were new, and also new to fishing. We caught lots of fish, we cooked fish on the boat, and we also partied together. Again, I've made happy customers, new saltwater anglers and friends for life! 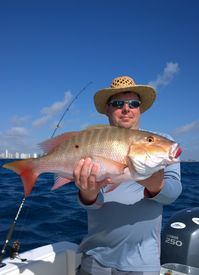 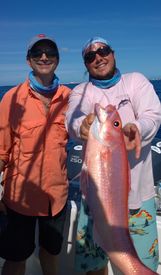 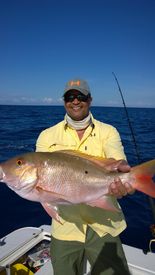 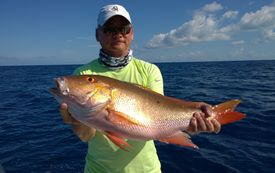 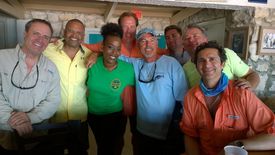 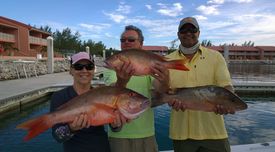 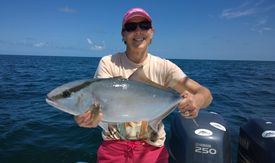 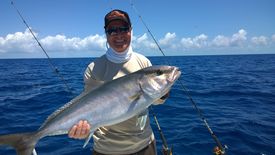 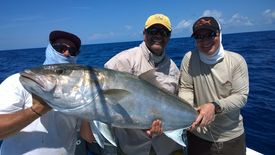 Here at home in Hollywood and Fort Lauderdale, the month of May is prime time for blackfin tuna, so give us a call and let's go catch some together.