Since my last report, we did a quick trip to the Bahamas and caught some very nice queen snappers, a few sharks and some yelloweye snappers. 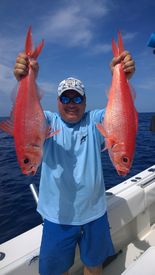 Back home in the Fort Lauderdale, Hollywood area, the good fishing has continued. For the past 3 days we fished with customers from Canada, Tennessee and New York.

Our Canadian customer saw non-stop action one morning fishing with live goggle eyes, a little north of the whistle buoy, in 125' of water. Most of the fish we caught were in the 20 lb. range. 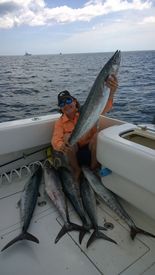 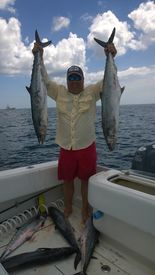 The next day we fished with a family from New York - and Angelo had his hand full with big kingfish, bonito, a spinner shark, jumped off a sailfish, and then finally released another sailfish. Actually, he brought the fish to the boat and the leader broke, but in the end Angelo was reel happy with what he caught for a half-day fishing. 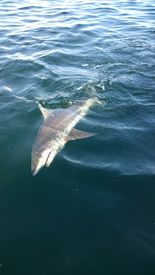 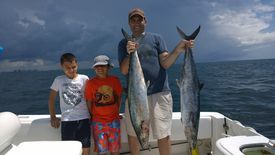 Next, we fished with Logan and his friend from Tennessee and they caught a kingfish, bonito, a 200 lb. hammerhead, jumped a sailfish again, but in the end, Logan caught and released his first sailfish. We did not have enough wind to put out our kite baits, live goggle eyes and pilchards on flat lines and weighted deeper lines were working just fine. 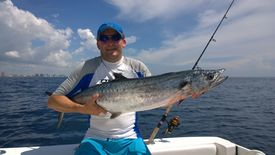 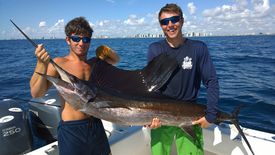