Fishing the waters surrounding the Hollywood and Fort Lauderdale area has been pretty good for us in June, and the first two weeks of July. Summer is really a good time for the family to get together and do something on the water, and of course, do some saltwater fishing.

We've had a customer visiting from Ohio - a father and son who never fished saltwater before. Since they were new to saltwater fishing, I wanted them to experience some early success. The first thing we did was to catch a small tuna for 6-year-old Jack, and then the fish got bigger.

Daddy had his hands full catching a lot of bonito, a kingfish, and nice sailfish to complete the half-day morning charter. The fishing trip was full of action and they finished the day very happy. 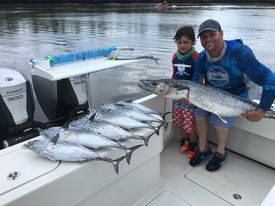 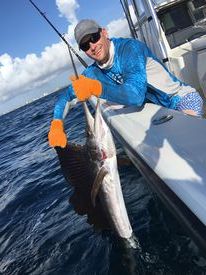 We also hosted a set of twin brothers who wanted to catch tuna. I suggested that we plan a late afternoon trip where the low light conditions favor tuna activity - and it worked out pretty well. They ended up catching 10 small tuna, a 20 lb. tuna, and a kingfish - another successful half-day charter with lots of steady action and two very happy people. 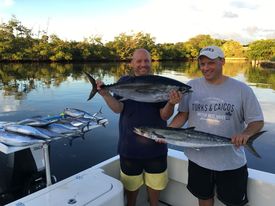 We also fished with some repeat customers and they also had very good action and caught numerous bonito, some small blackfin tuna, and a kingfish. 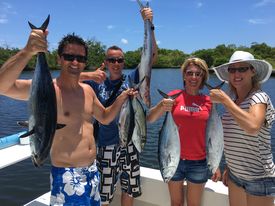 Another good trip we had was with a family from Georgia. They ended up catching a big 30 lb. blackfin tuna, a barracuda, a big amberjack, a few kingfish and a small mahi. 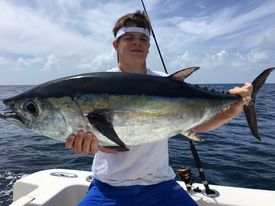 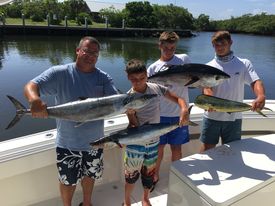 I haven't talk about the water conditions but most of our trips have been south of Port Everglades, and most of our fish has been in blue water - ranging between 200 to 350 feet.

July is usually not the time to catch tuna but we've caught a few this month and caught another 25 lb. fish last week - again, in pretty deep blue water. Also, I'd like to mention that all of our fishing is mostly done live baiting with goggle eyes and pilchards. The weather is nice and the fish are still biting so let's go catch a few and have fun. 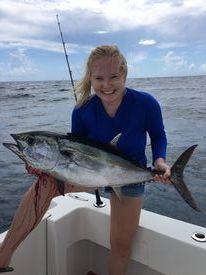 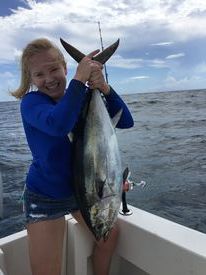 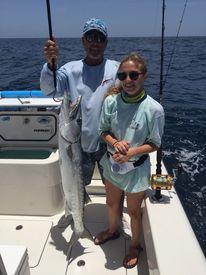 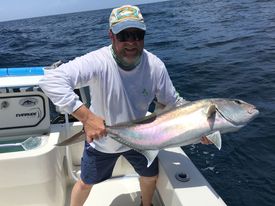 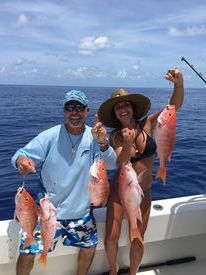